100% True Solventless. Not CO2 claiming to be solventless but pure flower Rosin. We only use Heat and Pressure and we don't even use chemicals to later winterize. You are getting the benefits of the whole plant

Yes, 100%! We take the time to press 30 grams at a time. All full buds at the perfect settings to ensure we are preserving as many cannabinoids and terpenes as possible.

We are not like other processors out there putting Indica, Hybrid, or Sativa on packaging we truly are strain specific so that you can find the right strain for your needs.

Delta Munchies describes Delta 8 as the love child of Delta 9 and CBD. It’s perfectly in the middle.

CBD doesn’t contain any psychoactive ingredients, so while it still delivers all of the wonderful benefits of the cannabis plant –– help with pain, anxiety, hunger, nausea, insomnia, and more –– it won’t get you high. It’s ideal for people who want (or need) to experience the benefits of cannabis but aren’t interested in the mind-altering effects.

While Δ8 is similar to CBD in that it delivers many of the same positive effects, the difference lies in the fact that it still contains psychoactive ingredients.

We suggest you take half a gummy your first time, unless you are an experienced cannabis user. Typically, people report that taking half a gummy helps them sleep, while taking a full gummy gives them a high.

Just like the rest of the cannabis plant, Δ8 binds to the CB1 receptors in your brain, which can help with things like Nausea, Insomnia, Anxiety, Restlessness, Negative mood, Pain and more. Read about more benefits here.

Like many areas in the cannabis industry (especially in America), this answer is constantly changing. For now, it’s mostly yes. As of 2021, it’s legal in most states.

It initially became legal because of The Agriculture Improvement Act of 2018, which made it possible to extract small amounts of Δ8 THC from hemp plants.

While the government creates new laws and regulations as marijuana legalization continues to expand across the country, this answer can (and probably will) change again in the future.

Please note: Delta-8 will show up on a drug test.

Delta 8, while different, it is very Similar to standard Delta 9 THC. It will show up on a Drug test.

If you are concerned about Drug test then CBD is the choice for you. Our CBD products are guaranteed to be THC free. 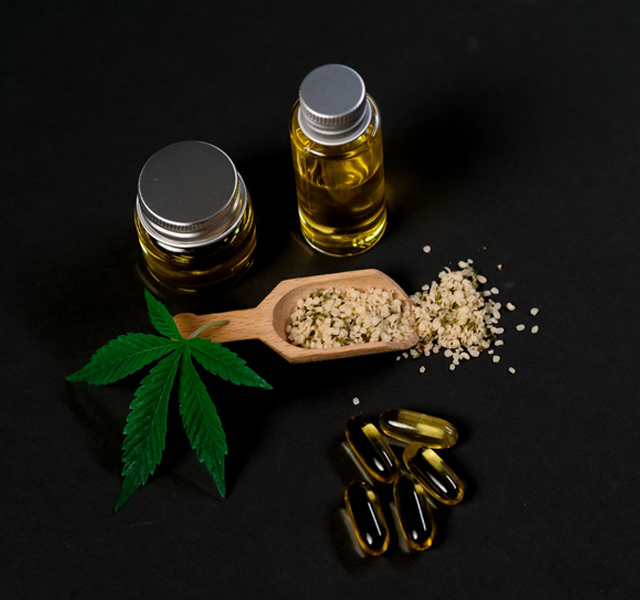 As more people find themselves feeling eager to give Delta 8 THC a try, or any THC for that matter, it’s natural that a lot of our customers are buzzing with questions regarding what it does, how to take it and what is the THC dosing guide or chart. Another form of THC, Delta 8, is a fast-growing submarket within the hemp industry, growing at a rapid pace and seemingly popping up out of nowhere.

In reality, it’s the result of years of research that have gone into understanding cannabinoids on a deeper level. Now, you can find loads of delta 8 products available that each provide you with these fascinating effects in their own way. Delta 8 THC comes in many products including delta 8 vape cartridges, tinctures, softgel capsules, gummies and more!

With edibles like gummies, 10 to 40 milligrams counts as a standard dose, with 10 being ideal for total beginners.  All that you need to do is divide the number of milligrams in the total product by the number of pieces in the package to come up with the right dosage amount.

This applies to Delta 8 THC tinctures, as well as other Delta 8 THC products. Delta 8 THC is around 50-70% of the high regular Delta 9 THC will create, but it is not something to mess with. It will hit you if you take too much. However, the best way to dose out Delta 8 THC is to try a little, then keep increasing until you feel what you need. Product by product Delta 8 dosing will be shown below.

Factors to consider when dosing: 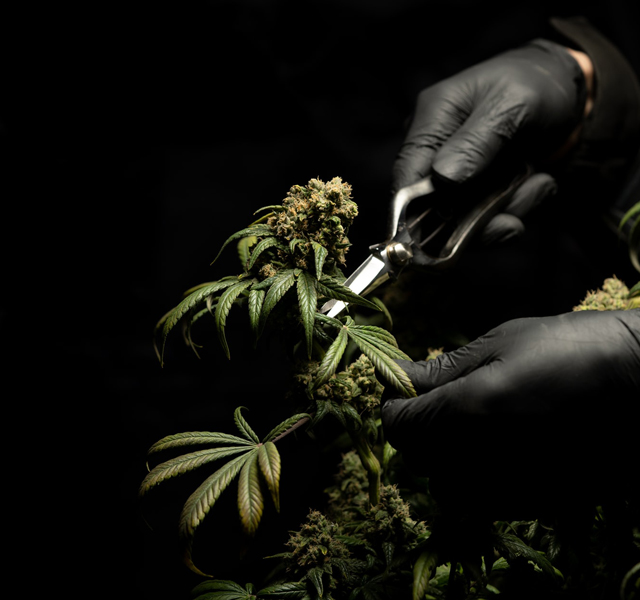 Terpenes recently became a fascinating topic to talk about in the world of cannabis users and breeders worldwide. Along with its beautiful aroma, many people have been wondering what they are and where they come from. If you're one of these people, keep reading in order to gain knowledge on not only these two questions but also about their health benefits and why they're essential.

Terpenes or terpenoids are aromatic chemical compounds that you can usually find in hemp, marijuana, or other plants. The aroma differs from plant to plant depending on the plant strain because each specific strain has a different scent and flavor. This is why these aromatic oils are used in cannabis varieties to have flavors such as mint or berry, or citrus.

Terpenes were used in cannabis when people realized that plants used them for adaptive purposes. So instead of using it for its scent or aroma, the primary goal was to repel predators and lure pollinators. However, now terpenes have a wide variety of uses and benefits that we will talk about in a while.
Where do they come from?

Reaching the most crucial part of this article, many of you may be wondering where terpenes come from. This part might be a little complicated to understand, but we will try our best to guide you through the process with the knowledge we have.

As we've mentioned above, terpenes are compounds found in plants. One such plant is a cannabis plant, where they're produced on the trichomes. The reason that each strain is unique is that the trichomes consist of various terpenes that are responsible for this. Trichomes have everything needed for cannabis- from CBD to THCA.

For a more scientific answer, terpenes are formed by the fusion of a hydrocarbon and five carbon atoms, commonly known as isoprene. The basic structure of terpenes is one or two units of isoprenes, and the terpene is classified according to the number of units of isoprene found in it.

Why does the plant end up producing terpene? The reason plants even produce terpenes is to protect themselves from herbivores, insects, and other dangers that might be present in the environment. It's used for the plant's oxygenation and regeneration, so it's no wonder that terpenes provide immunity defenses in both people and plants

Terpenes vs. terpenoids and cannabinoids

Although used interchangeably, there is one difference between the two. Terpenes are found naturally in plants, whereas terpenoids form when the additional atoms present in them start to oxidize.

Common types of terpenes and the plants they're found in If you're looking to learn about terpenes better, here are a couple of better-known terpenes that scientists have found and their uses.

Limonene is a prevalent terpene that is present in citrus fruits like oranges, lemons, and limes. The delightful fruity smell you're welcomed by when you open up orange is all the workings of limonene. Along with the scent, this terpene has a lot of other benefits as well. It has antioxidant and anti-inflammatory benefits, helps regulate mood, digestion, sleep, and also has a wide array of effects on cancer. In one study, the results showed that people who ate the rinds and the citrus fruits had fewer signs of skin cancer than people who ate only the citrus fruit. Besides this, it also reduces stress and anxiety.

There are two types of pinenes abundant in nature- a-pinene, and b-pinene. This can be found in plants like pine needles, rosemary, and basil leave. Just like limonene, this also has anti-inflammatory properties, which can protect the skin from any UV damage that the sun might cause. Not only this, b-pinene is said to produce anti-depressants in the body, and it's responsible for preventing diseases such as bronchitis or Alzheimer's in animals.

This is a monoterpene most commonly found in parsley, lemongrass, thyme, and more plants. The scent present in it is a very peppery and spicy one. The cannabis flower that was mentioned above also contains myrcene. Going onto the benefits of myrcene, this is known for its sedative effect. It has muscle relaxant properties and increases the time that we spend sleeping, so for anyone who cannot calm down or sleep well, using this would work out very well. This might also be useful against osteoarthritis as it is said that it prevents the breakdown of cartilage cells.

Humulene is an earthy spicy scent that is used in beers so that it can have a very distinct taste. This is mainly found in hops, cloves, and basil. If you're someone with a ton of allergies and you don't know how to reduce them, humulene would work out great for you. This is because humulene can fight off allergies and lower asthma levels when inhaled or taken orally. It also has anti-bacterial and anti-fungal properties that aren't very common in other plant terpenes. There is also preliminary evidence that humulene can guard against cancer, but researchers are still debating on this.

You must verify that you are 18 years of age or older to enter this site.

I hit the wrong button!

You must be 18 years of age or older to enter this site.